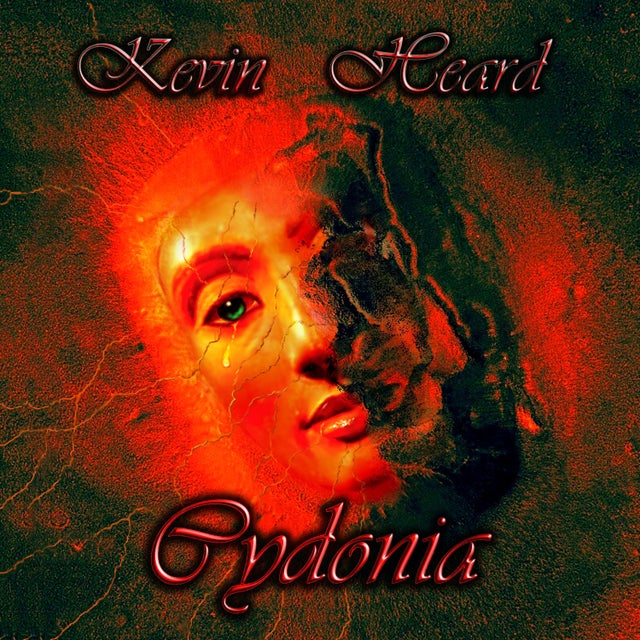 One I’ve really been looking forward to, the release by Kevin Heard, ‘Cydonia’. Back in the late 70s Kevin was drummer with The Carpettes, an adventurous rock band signed to the Small Wonder and Beggar’s Banquet labels who did some John Peel Sessions for Radio 1 as well. I reviewed his solo album "Timeline" recently for Acid Dragon in an article about ‘post prog’ and new wave music. ‘Cydonia’ finds Kevin firmly in space rock territory and is a concept album that must be listened to as a whole. Featuring NASA clips and Kevin playing a bewildering variety of instruments (predominantly electric guitar and Juno synth but including flute, tenor sax, 12 string guitars, ukelele, recorders and bass), the music is classic space rock and will not disappoint fans of this genre. I don’t want to give too much away as you really should have a listen (Facebook has clips and videos) but titles like ‘Martian Dawn’ and ‘Under Blood Red Sands’ tell you what to expect. Kevin is also a talented artist and designer and the cover is also stunning.
- Phil Jackson - Acid Dragon Magazine, France.

Cydonia is the latest release from UK musician Kevin Heard. Heard is a multi-instrumentalist who plays an astonishing array of instruments on the album including acoustic & electric guitars, 12 string guitar, flute, tenor saxophone, ukulele, recorder, Roland JD-XI synthesizer, bass guitars, drum programming & additional percussion. Cydonia is a concept album telling the story of the first colonists on Mars in the year 2038 and their unusual relationship with the red planet. The album kicks off with Mars Orbit Rendezvous/Cydonia, a spacey intro leading into majestic space rock riffing with sweeping, orchestral-like synths that imbue the music with a Middle Eastern feel. The sound is huge, evoking the larger than life adventure that colonizing Mars would be. Descent/Kingdom Come returns briefly to ambient textures before a rollicking beat takes over and the song turns into a jaunty folk rock number complete with flutes, hand drums, synths and spacey, layered vocals. I really dug the vibe of this one. Phobos Rising is a searing instrumental with heavy space rock riffing combined with trippy electronica. And then comes one of my favourite songs on the album, Martian Dawn/Ice on the Pyramids, a haunting, atmospheric folk rock journey across the cold Martian landscape. Under Blood Red Sands is a mid-tempo rocker with a killer vocal melody and hypnotic flute and keyboard playing. It all leads to the final epic track, The Storm, a mesmerizing, swirling and windswept piece of music. The Storm seems to bring together everything that has come before into a dreamy summation that closes out the album in fine fashion and seems to suggest the mysterious but certainly momentous happening when human consciousness meets Martian consciousness. Cydonia is one of those albums that manages to have plenty of variety on it, with varying moods, instruments, textures and tempos, yet it’s all infused with a certain vibe that clearly demonstrates that this is a concept album, with all tracks, as varying as they are in substance, still related to the whole. Highly recommended! All tracks from Cydonia can be found in the videos section on Kevin's music page here at https://www.facebook.com/kevinheard.music/