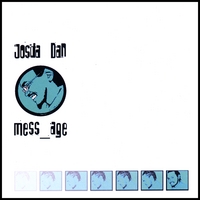 SKU:
£7.00
£7.00
Unavailable
per item
Instant Access
This is Nice
Touch the Sky
Where's the Way?
Buy Now
Josda's music has been described as somewhere between Sly Stone, Portishead and outta space. This is more than soul / R'nB music. Josda is not afraid to take risks or push beyond his generic boundaries into more experimental territories.

Josda Dan is a creature spawned from hip-hop. He began performing in 1996. His main medium at the start was rap with which he made it a faucet for expression through experimental fusion of hip-hop, with other music genres. (Computer Music magazine positively described some of his work as "Grungy Hip-Hop" - March 2002)

After four years of doing rap shows, he decided to concentrate more on singing as he felt this was a progression or a continuum in his art form. There is freshness to his music and vocal style that is often lacking in this type of music and though it is rooted in funk and soul it has psychedelic and experimental leanings. Josda is not afraid to take risks.

Josda has performed many gigs with various bands in pubs across London and several venues in other parts of the UK. Some notable venues he has performed include: - (In London) Alexandra Palace, Wembley Conference Centre, The London Arena and Wembley Arena; (in Birmingham) The Luxurious Bar Med; (in Keele) Trentham Gardens; (in Scotland) The Lemon Tree, Aberdeen and The Lava Club, Aberdeen. In 2000, he performed in the musical Godspell at the Questors Theatre in London. He also performed at the Tim Westwood Show courtesy of Tha Flava in Aberdeen in 2002.

​This e.p. is available in Spotify